(Disclosure: This post may contain affiliate links so we may receive compensation for purchases made via the links below. As an Amazon Associate, we can earn from qualifying purchases. Read our affiliate disclosure for more info.)

The Vice Presidential debate just happened last night and one of the most memorable parts of the debate is when a fly landed on Mike Pence’s head and hung around for a couple of minutes. This is your chance to get in on the meme and dress up in your own Mike Pence fly costume for the next debate/Halloween/etc. If you can get a buddy to dress up like Mike Pence it would be the perfect combo. 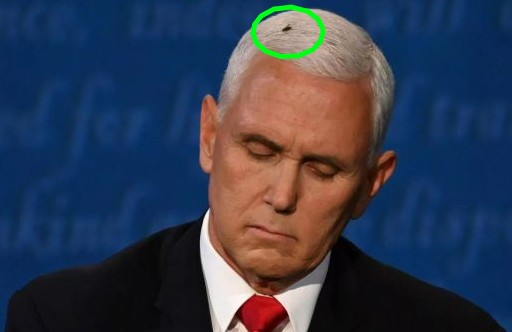 Alternatively you can just grab a fly mask/headband and wear some dark clothes. Something like black compression tights/top, black sweatshirt/sweatpants, etc.

Another option is to grab some bug eye glasses and an antenna headband to get that fly look. I think flies usually have pointed antenna but most people wouldn’t really notice if yours aren’t.

This could work as a couples costume. One person would dress up like the fly and the other as Mike Pence. For the Mike Pence  costume just throw on a white wig and maybe a blazer/suit (black suit, white shirt, and red tie). I wouldn’t worry too much about getting the exact hairstyle or suit style.

If you have a kid/baby you could dress up like Mike Pence and have your kid dressed up like the fly or vice versa. There’s some fly costumes for kids available although I think I think having your kid in a wig would be hilarious.

A Mike Pence fly costume could be a quick and easy thing to throw together and would make for some great photos! 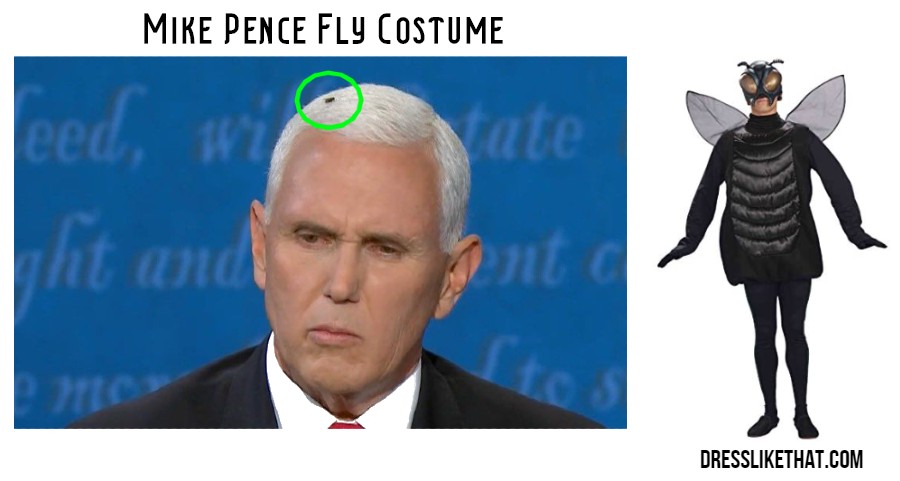